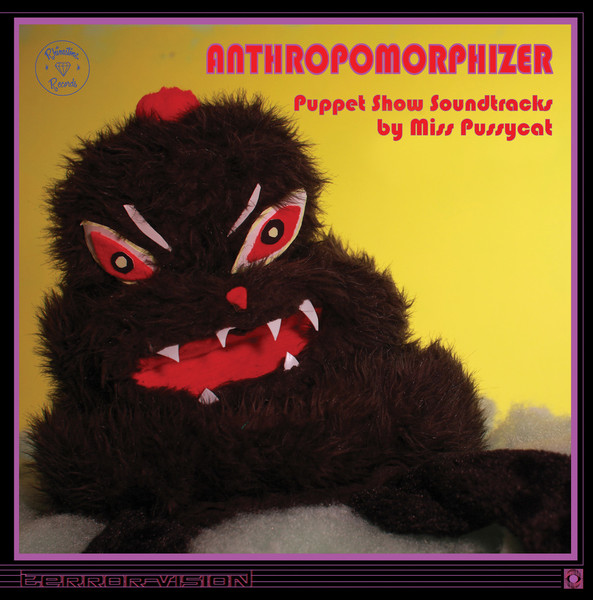 "This album is a collection of live puppet show sound tracks from shows done on tour all over the world, mostly in rock clubs.

I started doing puppet shows in church as a kid as part of the Christian Puppet Youth Ministry in Antlers Oklahoma. It was a kit that the First Baptist Church had.  A few years later I did a puppet show at my secret night club Pussycat Caverns in New Orleans because with bands, no one ever wanted to go first, so I just decided to do a puppet show. I made a bunch of puppets, recorded the sound track with a Tascam 424 cassette 4 track and that was that. I now had a magical career where I made things and they started talking to me.  And I got to put out records, travel around the world, make puppet movies, hang out with cool bands, make spacecrafts out of aluminum foil, build inflatable puppet theaters on private islands, sew, paint, cast neoprene in molds, round up glow in the dark magical miniature ponies, cut peoples heads off, make friends with the bad guys, and record the sounds of sawing wood and light bulbs breaking all day long! Puppet shows are sympathetic magic with a precorded soundtrack. They are a parallel universe where goblin cakes win and dinosaur person flies around the solar system with a party bear.

One night a couple of years ago Quintron called me an Anthropomorphizer. It is the perfect name for a puppeteer. Then I used it as the title of an art installation at the CAC in the summer of 2013 where I made 100 new puppets on site over the course of three months. “Cookie Carnival Baking Contest” came out of that project and the soundtrack was recorded at the CAC. The voice of Christmas Bear was done by a woman visiting the museum with her teenage daughter. She was very chatty so I asked her to read the lines of the show I was working on. I don’t know what her name was - but her voice is  perfect.

The earliest sound track on this album is “Caveman Caverns” (2005).  It was for a tour in Europe so I decided to make all of the dialog in caveman language so that it could be universally understood.

Cavemen are fascinating. I feel like a caveman when I am making a puppet show. Carving tools and spears out of flint, painting on cave walls with juices from some boiled sticks or soot from the fire that is made out of construction paper and glued to a twig. The primordial creatures that come out of the smoke start to talk and sing. These are recordings of them."