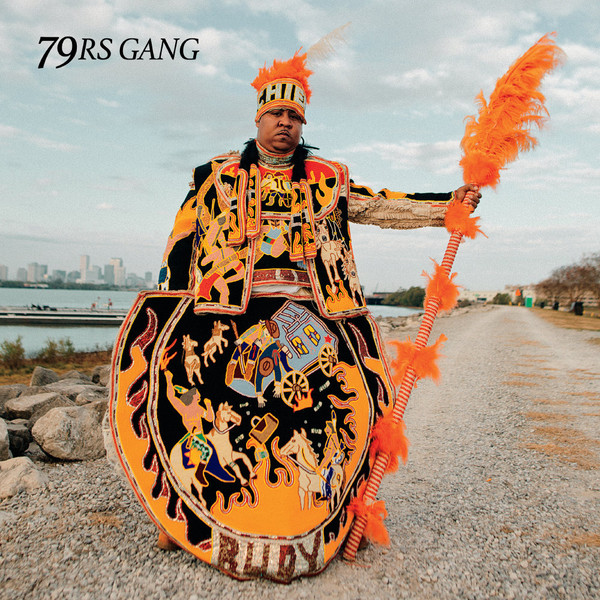 Big Chief Jermaine is the great grandson of Antoinette Bossier later married to Percy Lewis, Grandson of Raymond Lewis. Raymond Lewis had the hit single “I’m Gonna Put Some Hurt On You.” The family name Bossier comes from his great grandmother, a Creole lady from Edgar Louisiana. He started masking when he was 14 years old. His Uncle was Big Chief of the Black Eagle gang from uptown Calliope projects. In 1996 he was a Spyboy for the Yellow Pocka Hunters. Jermaine’s friend Emanuel Hingle started his own gang called Trouble Nation. Years after masking with Trouble Nation, Emanuel as well as their Wildman Mook Joseph Ducrox died . In 1999, Jermaine along with the new Chief continued masking under the name Trouble Nation for some time. Eventually, Jermaine decided to start his gang. After a talk with his Chief Markeith Tero, he approved the 7th Ward Creole Hunters gang. 2009 was his first year as Big Chief. He has two sons who also mask, Jeheim and Jermaine Jr.

Big Chief Romeo is the son of Rudy Bougere. Rudy started masking first in the 7th Ward in the 7th Ward Flaming Arrows. Later with the 9th Ward Flaming Arrows. After years of masking under the Flaming Arrows he started his own tribe the 9th Ward Hunters.  Rudy brought the Mardi grass Indian culture to the Lower 9th Ward. Sad to say, Rudy is no longer with us. His son Romeo now has the Gang. With numerous tribes branching off from his, the culture in the Lower 9 lives on. His son Romeo with his beautiful voice carries on his father’s legacy. Romeo has been holding his own for some years and can be found in the Crystal Feather Awards Hall of Fame. Romeo, along with his daughter and niece as Big Queen keeps his father’s name alive.

Romeo from the 9th Ward and Jermaine from the 7th Ward; after years of competition with each other they decided to sign a peace treaty. Jermaine with his Baritone voice and Romeo with a more Alto pitch. They came together to tell their story in their own way. The two Chiefs tell a unique story about past heroes, sewing, and of their unique culture. Two Chief from different parts of the city put their territory difference aside to make beautiful music.